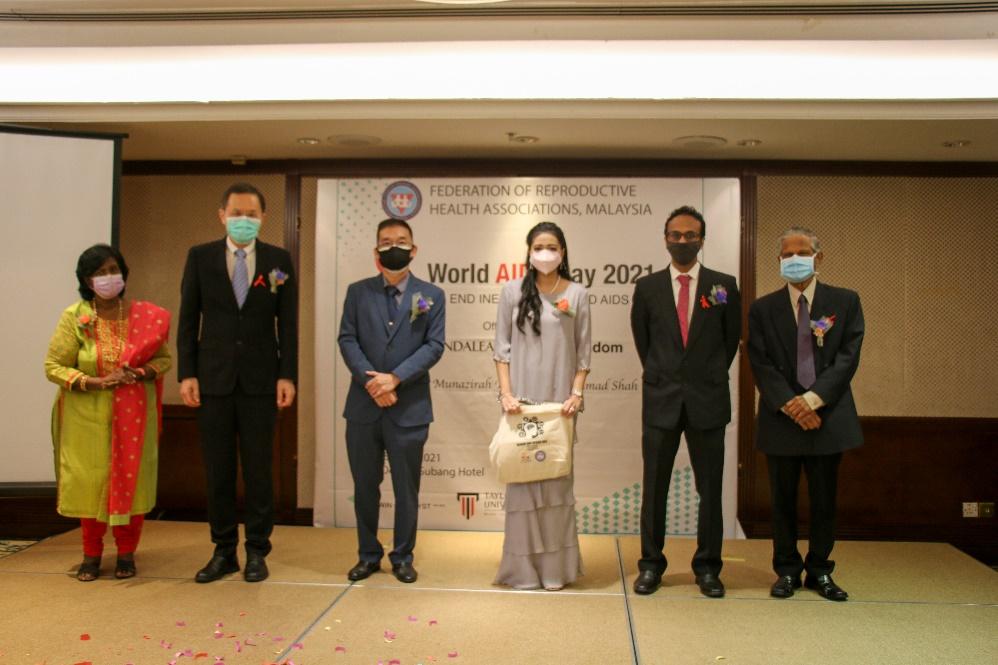 Petaling Jaya, 11 December, 2021 – In conjunction with this year’s World AIDS Day, the Federation of Reproductive Health Associations, Malaysia  (FRHAM) endorses the launch of the World’s First Unisex Condom by Wondaleaf  with the aim  to change perspectives and prevent  sexually transmitted diseases through a proactive approach.

The event was commemorated by  Tengku Munazirah, the founder of The Hope Factory Malaysia and Royal Patron during a hybrid webinar  which was held at Taylor’s University. Among others who  graced the occasion were   Dr Kamal Kenny Saravanan, Chairman of FRHAM; Dr Koh Kar Chai, President of the Malaysian Medical Association (MMA); and Dato’ Dr Alex Matthews, former President of the Obstetric & Gynecological Society of Malaysia (OGSM).

Statistics from the Ministry of Health showed that Malaysia has made remarkable progress in reducing the number of HIV cases from 3,146 in 2020 or 9.31 cases or  9.31 cases per 100,000 population through various  prevention, treatment, care and support initiatives that were implemented by the government over the past three decades.

Reflecting on this year’s theme of “End inequalities, End AIDS, End pandemics”, Tengku Munazirah said,  “There should be no discrimination against people who are  living with HIV and AIDS. Wondaleaf  should be applauded for its initiative in inventing the first adhesive stick-on condom which can be used by both men and women.”

Dr. Kamal added “Every year marks an important milestone in the awareness and treatment of  HIV/AIDS. As we celebrate this anniversary, we also reflect on how far we’ve come since the early days of this epidemic. Prevention, treatment and care are saving millions of lives not only in the first world countries, but also in Malaysia.”

The unisex condom was  invented by  Malaysian gynecologist  and  Wondaleaf ‘s founder,  Dr John Tang Ing Ching, to empower  more individuals take better control of their sexual health regardless of their sex or sexual orientation. Wondaleaf is committed in providing comprehensive protection for all.

“We are thrilled to receive the endorsement from FRHAM. Today,  we are here for the World AIDS Day to appreciate the value of life even more.” said Dr. John Tang.

Dr John Tang has been working on this idea for many years and it has finally come to fruition. He believes that if all the vulnerable areas during sexual intercourse can be appropriately covered, it is possible to solve the downstream issues such as unintended pregnancies and sexually transmitted infections (STIs).

Dr John Tang also hoped that the public can have a more open and mature dialogue on unintended pregnancies and STIs  without fear of  stigma or negative community reaction.

“We must bring together all organizations and individuals across the world to speak more on STIs, while raising our voices against stigma, and calling for an increased response to equality.”  added Dr John Tang. 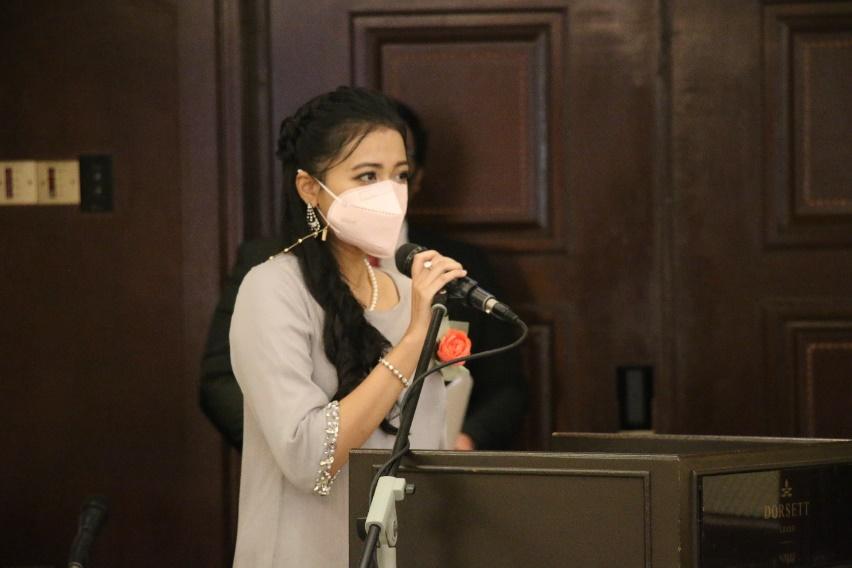 Founder of The Hope Factory and a Royal Patron, Tengku Munazirah said there should be no discrimination on people living with HIV and AIDS and Twin Catalyst should be applauded for its initiative in inventing Wondaleaf Unisex Condom that can be used by men and women. She mentioned that Wondaleaf and The Hope Factory shared a similar and compelling purpose of raising awareness about this rarely discussed issue. 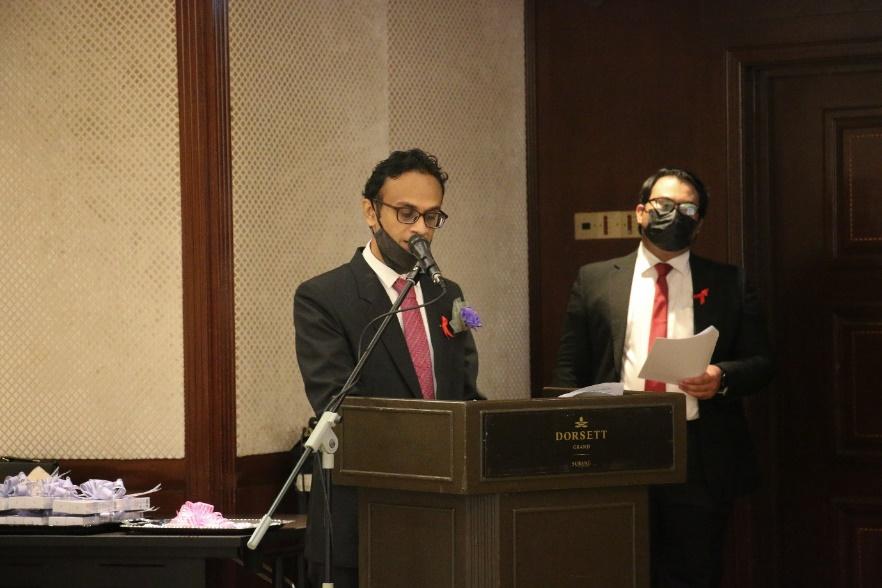 Dr Kamal Kenny, the chairperson of Federation of Reproductive Health Associations, Malaysia (FRHAM) mentioned that World Aids Day Every year is a moment to reflect on how far all have come since the early days of the AIDS epidemic, as well as how hard it was for people living with HIV to be seen, heard, and treated with basic compassion. 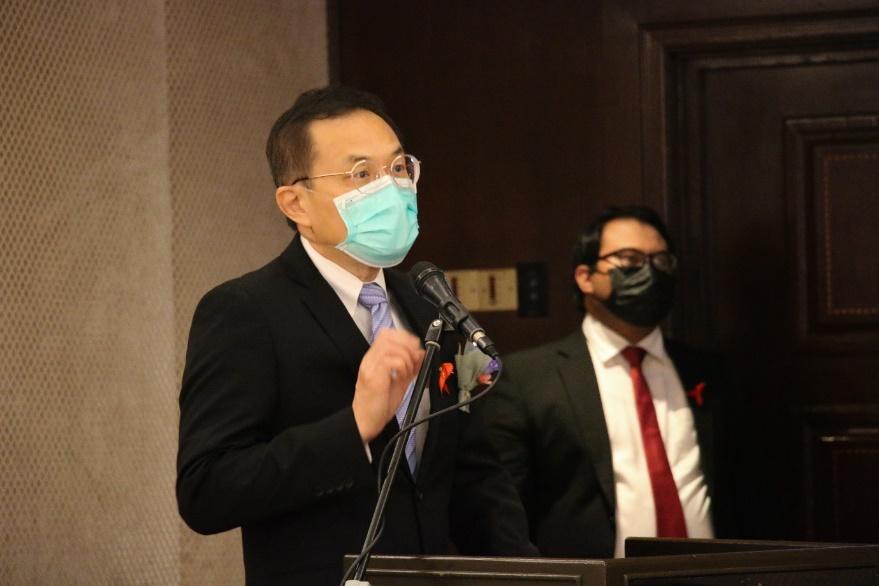 Dr John Tang Ing Ching, the inventor of Wondaleaf Unisex Condom said that Wondaleaf are invented with hopes to universally empower people to be responsible of their own lives. He also hoped that the public can have a more open and mature dialogue on unintended pregnancies and STIs without perception of stigma and taboo surrounding the issues through this launch. 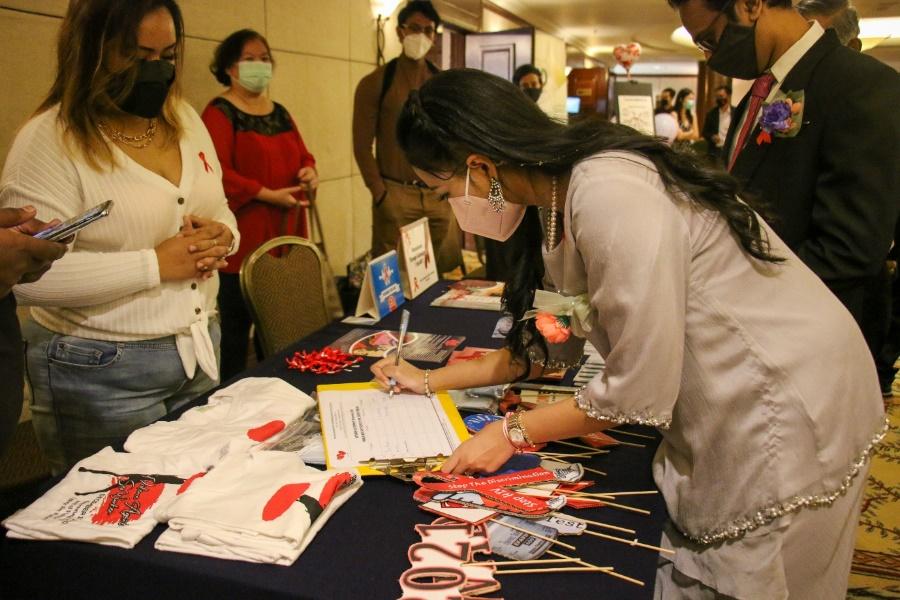 Tengku Munazirah signing the HIV donation form to support the HIV community. She mentioned there should be no discrimination against people living with HIV and AIDS during the speech. 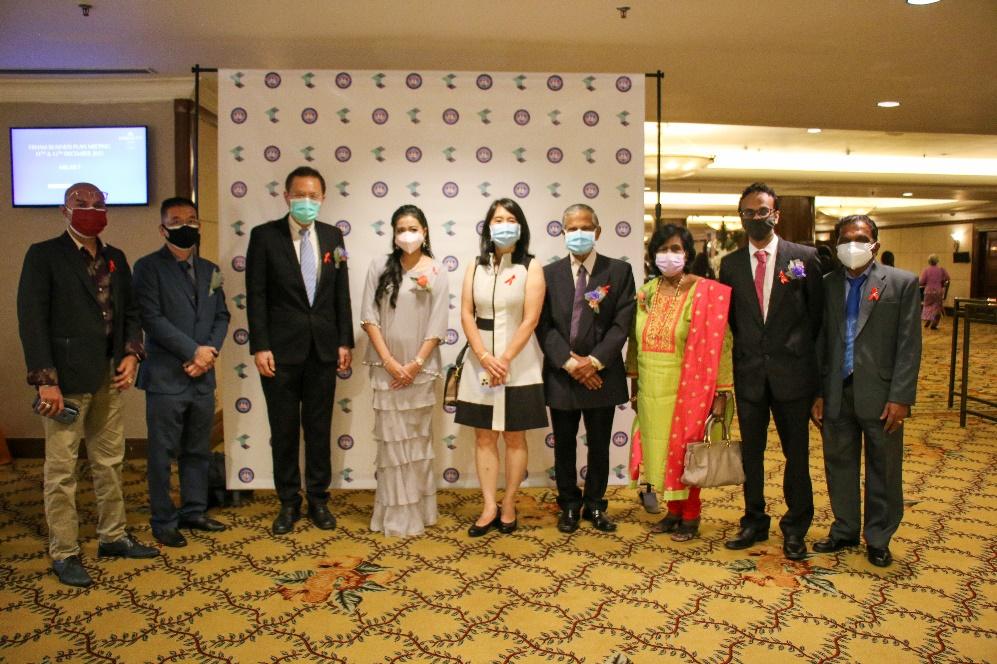 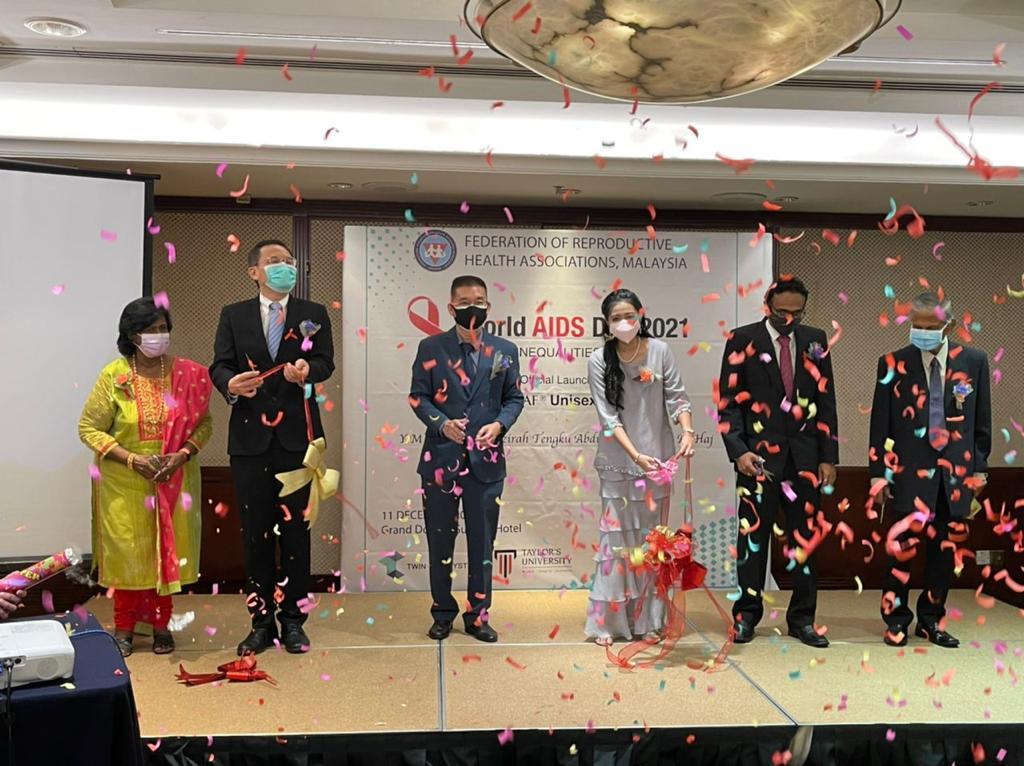 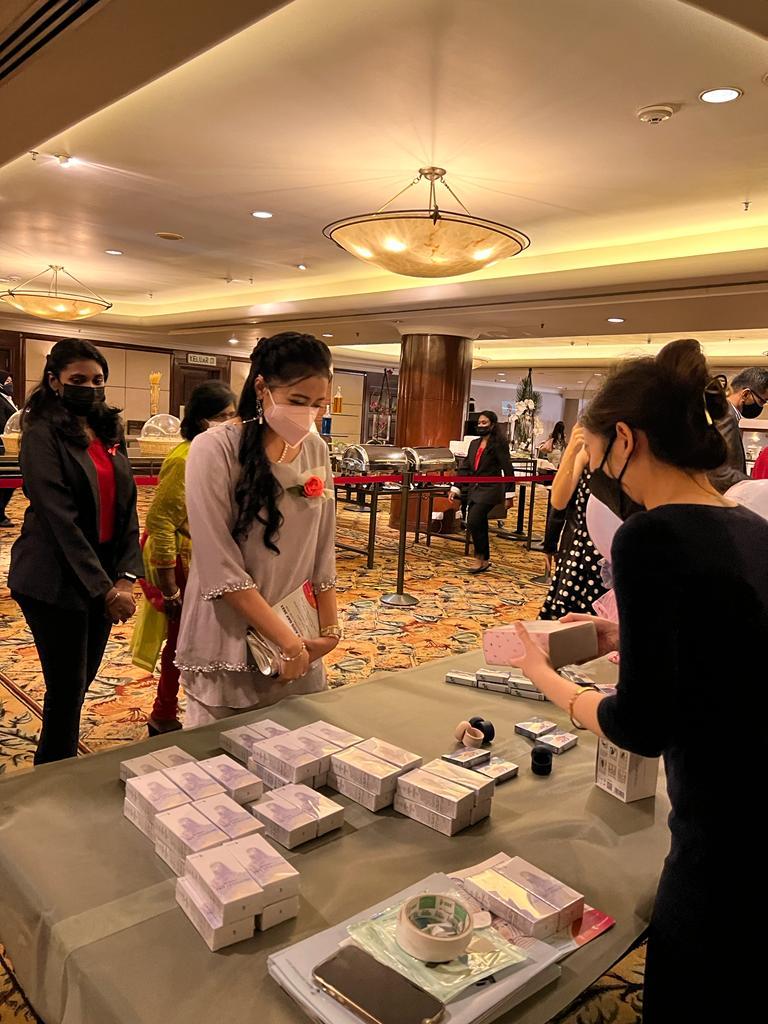 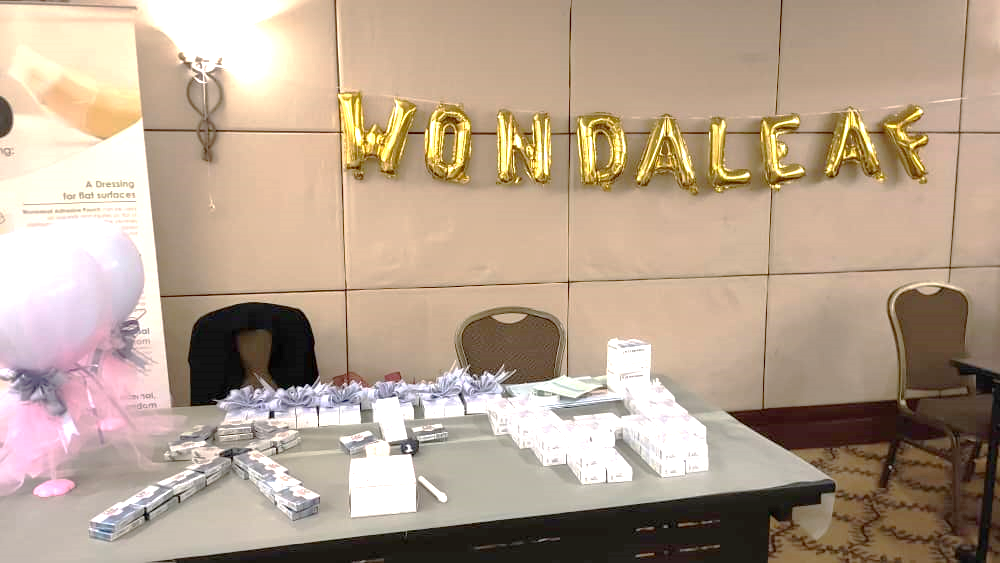