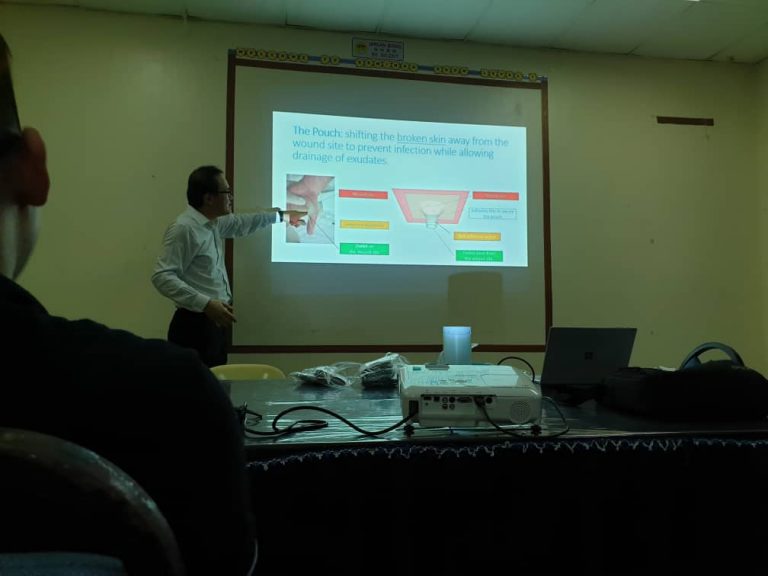 Our company, Twin Catalyst Sdn Bhd, was founded by Dr John Tang (FRCOG), a consultant Obstetrician & Gynaecologist, and was set up in 2013 to develop and manufacture novel medical devices. We are ISO 13485 certified and are an MDA registered manufacturer in Malaysia. We have been awarded several Malaysian federal innovation grants for research and development. Through said research and development, we have developed the world’s first and only three-dimensional adhesive barrier dressing/condom. It is made of breathable polyurethane film, making our products strong, inert, ultra-thin, and water-proof.

The journey has been long but exciting. We are  committed to the vision of providing innovative and affordable products that contribute positively to the provision of medical services to all. 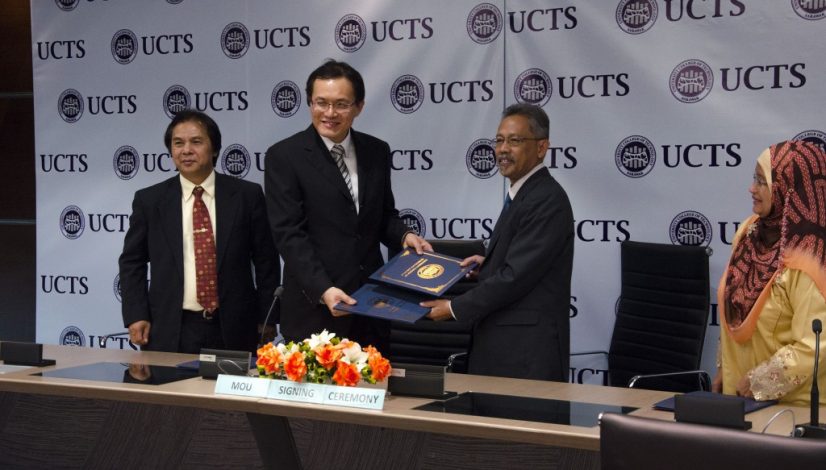 Founder Dr John Tang signing a Memorandum of Understanding with the University College of Technology, Sarawak (UCTS) to facilitate collaboration in research and development.

Dr John Tang Ing Ching is an Obstetrician & Gynecologist with over 30 years of experience, and was the past president of the Family Planning Association of Sarawak, Sibu Branch. He was also part of the Medical Committee of the Federation of Reproductive Health Associations, Malaysia in 2015. Through his long career as a gynecologist, he was burdened by the difficulties his patients faced when seeking an abortion, and was concerned of the spread of sexually transmitted diseases. He therefore began researching the root cause of the issue. Through his research, he found that condoms were mostly used by men, and that they were prone to slipping if the man lost his erection during intimacy. He also found that most existing condoms only provided protection to the genitalia, but not the abdominal area, which was also prone to STDs. He also realized that many of his patients were not aware of the female condom, with most couples resorting to simply not using a condom if the man didn’t want to use a condom. Some of the reasons for not wanting to use a condom included the loss of sensation and latex allergies. This sparked the idea of Wondaleaf Unisex Condom, which was invented in 2014 as a barrier that balances condom thickness, protection and affordability.  Since then, the invention was successful in being awarded about RM 3 million in federal innovation grants. Since then, Dr Tang has worked tirelessly to the research and development of a better condom to prevent STDs and unwanted pregnancies. His research led to the inception of Wondaleaf Cap Condom, an adhesive condom that is designed to be less prone to slippage due to a loss of erection. Dr Tang has also appeared on international television, and has contributed to the discussion of critical barriers to entry into African condom markets. A number of studies on the new inventions have now been published such as “A pilot study on the functional performance and acceptability of an innovative female condom (Wondaleaf®) in Malaysia“, and “Pilot study on functional performance and acceptability of two new synthetic adhesive male condoms (Wondaleaf): a randomized cross-over trial“. Dr Tang has used the same technology to develop the barrier film, Wondaleaf Adhesive Pouch.  Dr Tang continues to practice as a gynaecologist at Rejang Medical Centre, Sibu, while inventing new and innovative ways to tackle health issues faced by his patients.

The Journey so far...

We'd love to hear from you! Let us know if you would like to place an order, or if you have any feedback or partnership ideas.